Is breathing fatigue really a thing?

The breathing muscles, like the heart, must work continuously with little opportunity to rest, and guess what? They do get TIRED!!

There is clear evidence to support breathing muscle fatigue, I have discussed some of this evidence in previous posts and I will continue to do so as I share recent research and theories through this blog. In the article Breath holding and strong diaphragms I highlighted the role of the respiratory muscles, and their importance in dealing with the struggle phase of a breath hold.

Unsurprisingly, when we exercise our breathing muscles are working even harder than when we are resting. These muscles not only provide the circulatory system with oxygen, but they are also a building block of intra-abdominal pressure and resultant core stability.

In patients who are recovering from surgery, who have severely weakened diaphragms, they are seen to develop a paradoxical breathing pattern. This means the patients chest expands and the belly sucks in during inhalation. This is a poor breathing pattern developed by breathing muscle fatigue.

What is also seen in patients recovering from surgery, once diaphragm fatigue kicks in, is an increase in breathing rate rather than an increase in size of each breath taken.

Increased breathing rate is an effect also common in athletes; once breathing muscles become fatigued, a rapid shallow breathing pattern develops. This is sometimes a useful technique to adopt (like in our Race Pacing technique where you reduce work of breathing) however, not always the case.

Having worked with Olympic gold medalist kayakers and analysed the latter part of races when breathing muscles are fatigued, athletes begun to recruit neck and shoulder muscles to maintain the ventilation required to deliver oxygen to the muscles. This affected stroke performance and as a result we saw reduced performance during these latter stages.

So we know that there is a control mechanism that resides within our brain, (The Central Governor Hypothesis), which governs breathing pattern and fatigue and causes disruption to breath rate, technique and performance capacity. For example the shallow, paradoxical breathing with a lot of upper chest movement that I see in patients who smoke or suffer from anxiety.

So, we really need to be trying to prevent, or at least delay fatigue from occurring in our breathing muscles to begin with! 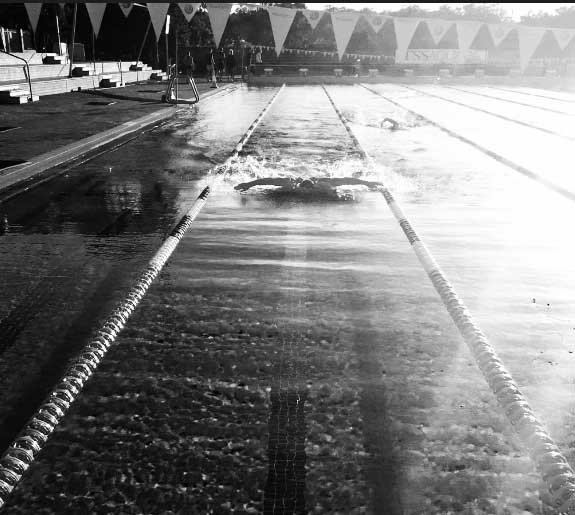 How does this apply to your own performance?

It may sound like a strange concept, but there is a better way to breathe depending on your chosen performance requirement. You could be a high wire artist in Cirque Du Soleil looking to increase focus, a Big Wave surfer wanting to control the breath, a musician looking to improve volumes or a athlete looking to improve your overall performance.

As with research in any function of the human body, looking at breathing is much more complex than it appears. The breath is in fact particularly complicated to understand.

Training your breathing muscles should be a foundation to every performance. It can be used to calm nerves, reduce shortness of breath and exercise at a higher intensity and to ensure technique and foundation posture is maintained during activity.

Taking control of your breath using a training method can help you develop more control. Changes brought on by the breathing muscles can be suppressed under certain circumstances and therefore enable greater control and improved performance.

The foundation of all our Fletcher Techniques programs begins with a strength focus. We take the inspiratory muscles to the gym in order to delay breathing muscle fatigue and give you the ability to improve breathing control.

In my next blog post I will introduce you to a simple breathing muscle strengthening technique you can try at home.

Bringing Science to the Breath